In the past few weeks, Teespring has received an overwhelming amount of support from our Creators in driving Hurricane Harvey charity efforts! Over 425 creators have produced merchandise raising money for more than 25 Texas-based nonprofits. We cannot thank our community enough for driving such a large impact.

Texas Strong lives up to its name with 51% of all contributions coming from buyers in the Lone Star State. As the rebuild begins, we’re proud to support the likes of the American Red Cross of Central Texas, the Hurricane Harvey Relief Fund, the Houston Legal Aid Center, and many more!

Each shirt tells a different story, and we were lucky enough to work alongside some incredibly talented designers from across the country!

Our top fundraising campaign for Hurricane Harvey comes from Jessica Himsel. Based outside of Milwaukee, WI, Jessica was inspired by Wisconsin native JJ Watt’s campaign to raise money for Houston. 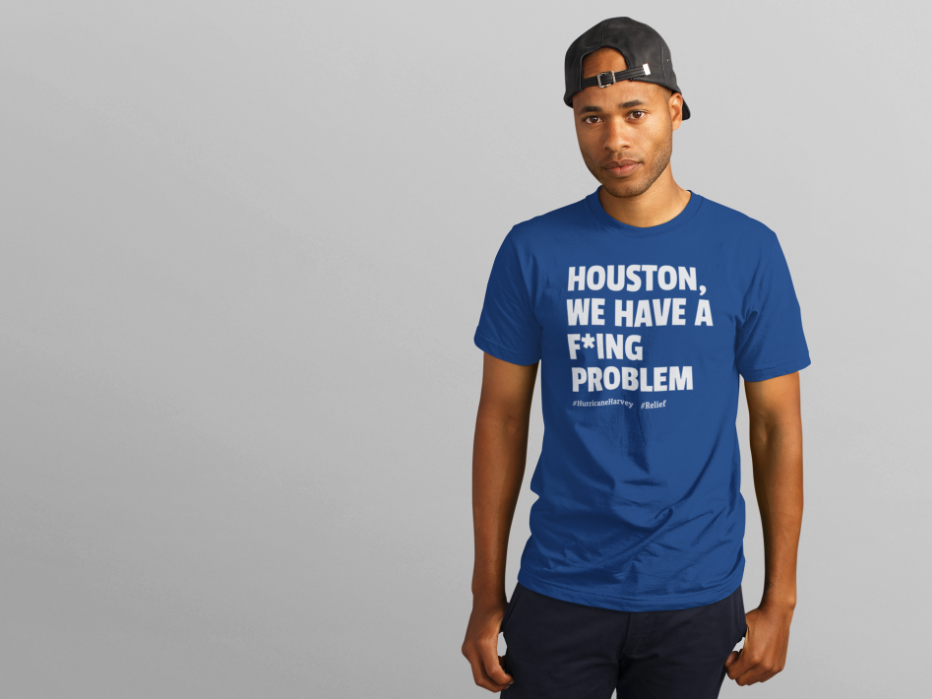 The shirt has sold 830 units (and counting!), benefiting the American Red Cross of Central Texas. Thrilled with the design’s popularity, Jessica is proud to have partnered with Teespring for this endeavor.

Artist, author, and community activist are only a few of the words used to describe Texas native Lauren Flake. While active in several fundraising efforts, Lauren launched her first charity campaign with Teespring over two years ago:

“When my #TexasStrong shirts raised $146,000 in memory of my mom after the Memorial Day floods hit Hays and Caldwell counties in 2015, I had no idea the level of widespread, record-breaking devastation that would rock southeast Texas just two years later.”

In the wake of Hurricane Harvey, we worked with Lauren to revive her #TexasStrong collection, adding even more designs, colors, and products!

As a seventh-generation Texan, Lauren’s campaigns were deeply personal:

“I was born in Austin and raised in central Texas, but my mother and grandmother were born in Houston, and the bulk of my mom’s family and my husband’s mom’s family, as well as many of our dear friends, live in southeast Texas. Some of our friends in the Houston area are now finally able to either leave or return to their neighborhoods for the first time in days. Many whose homes were spared are already helping others clean out their flooded houses and rebuild. While the catastrophic loss of life and property is overwhelming, the outpouring of physical and financial support from the rest of the state (and the rest of the nation) is equally overwhelming.”

To date, Lauren has raised over $4,000 to benefit Harvey relief throughout southeast Texas via the Austin Disaster Relief Network and Houston Legal Aid Center.

The Twitch family is strong. So when Hurricane Harvey hit, Twitch Texas immediately banded together:

“Stream Texas was started 2 years ago with the intention to create an environment that promotes collaboration, networking, and camaraderie for online content creators. I’m not from Texas originally, but I quickly realized that no other community could rally the way Texans do. When Hurricane Harvey hit, it wasn’t a question of whether we SHOULD do something, it was what we NEED to do to make a real impact.” 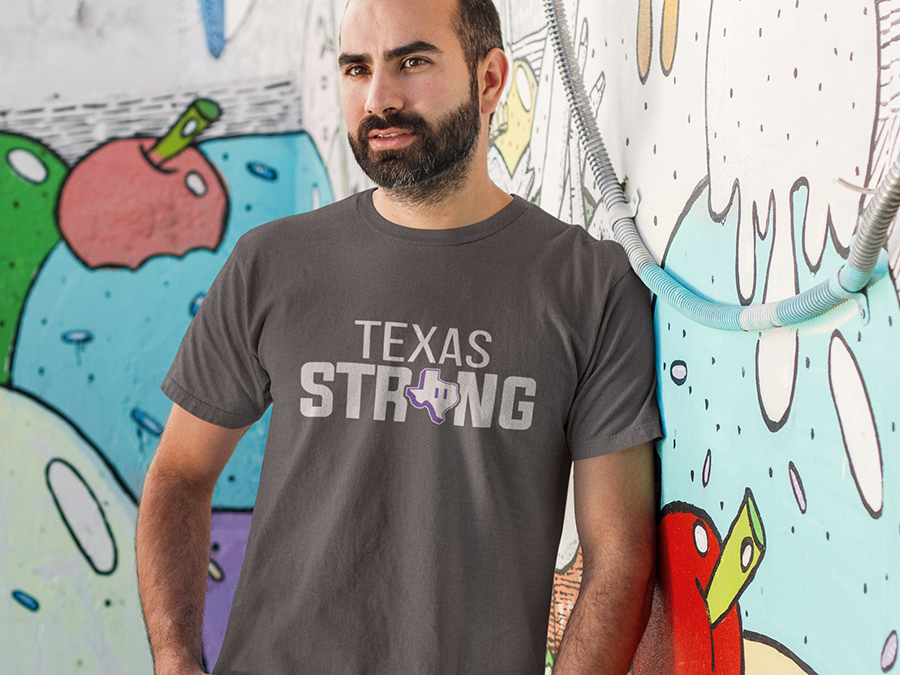 When asked why they decided to partner with Teespring, the answer was simple:

“Teespring was our choice to represent the community battlecry ‘Texas Strong’ because we could select a local charity to give the proceeds to. That’s most important for us outside of quality. What’s more, the Teespring staff worked with us to make sure that we had what we needed.”

There is strength and power in motherhood. As a part of the Hill Country, TX team, Ali Lucas is active in both her community, and most notably, FIT4MOM:

“FIT4MOM is the country’s preeminent fitness program for moms at every stage of motherhood. Powered by over 270 franchisees, we create communities of mamas—Our Village—who do motherhood together. #strengthinmotherhood.”

When the hurricane hit, Ali knew it was time to mobilize her FIT4MOM family. Here, Sweat4Texas was born:

“When Hurricane Harvey waltzed across Texas it impacted 8 of our Franchise Villages. That is when the rest of us jumped in. We’ve planned over 50 events around the country and our Teespring Sweat4Texas shirts are making a huge impact on our fundraising efforts. Every penny of money raised is going directly to the our Texas FIT4MOM franchisees, instructors and members who were, and continue to be, affected by Harvey’s aftermath.” 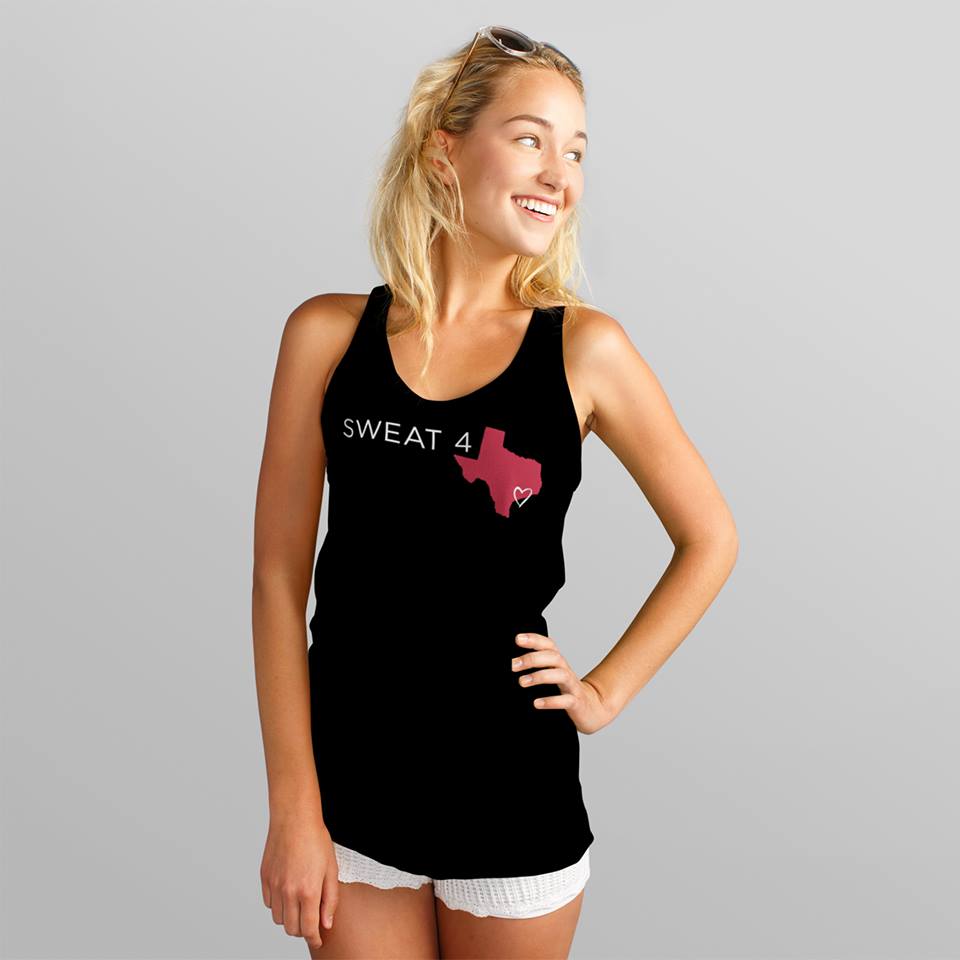 Ali’s Sweat4Texas line is still going strong, and has helped raised over $12,400 for the FIT4MOM TX family!

A quick skim of his Twitter, and it’s hard not to fall in love with this up and coming game developer. His artistry is fun and unique, making it a perfect fit to test drive our newest product for charity—socks!

https://t.co/ySMCr838jP
frog socks/shirt all profit goes to food banks to help ppl from the hurricane pic.twitter.com/nNBLCOLw9U

“I am very thankful that people were able to donate to the Houston food bank by ordering my frog socks and shirt through teespring. In reality I didn’t do much! I just upload an image I made and post it to my twitter. I am happy that people seemed to like it so much, and that a system like this exists to easily make for-charity clothing sales. Thank you to everyone who bought my socks and shirts and teespring for distributing them. :~ )”

Looking to launch your own verified charity campaign?