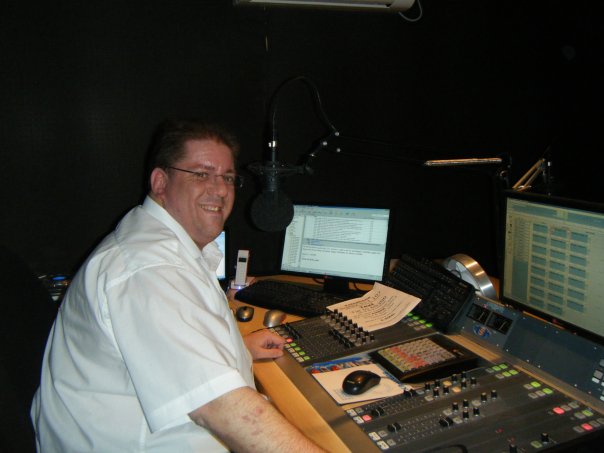 Glyn Williams is a long time partner of Teespring, and one of the most successful sellers to have built a business on our platform. At TeeCon Barcelona, he will be sharing the nuances of the path he took to master his trade, along with his “secret sauce” behind his huge levels of achievement.

Teecon Barcelona is the only place to be this year if you want to take your business to the next level – there’s no other place where you will have the ability to learn more about behind-the-scene initiatives from the Teespring Team first hand! Read on to discover a little bit more Glyn and be sure to grab your TeeCon ticket HERE to meet him in person this June!

You’ve had many roles before you were a Springer – from window washer and radio personality to door-to-door salesman and even currency trader. How have those past experiences influenced your current approach to doing business? I think my most influential role so far was my 5 years spent as a forex trader. It taught me the value of process and systems and also how to balance risk versus reward. Knowledge in both of those areas is very important when working in any business, but particularly when spending money on advertising. Surprisingly it’s a very similar model to the t-shirt game – one good trade can make all the poor experience of the bad ones evaporate. Just as one good shirt can make you forget the zero sellers. The key is stacking the odds in your favour.

Another lesson was when I learned what that my earnings were truly unlimited. I was working at Rolls-Royce Aerospace in 1998 on £30k a year (around $45k) and i thought I was in clover. I thought that was ‘good money.’

After leaving the company I went into direct sales and after about 6 months I had my first £3000 earnings day. That made me realise that the society we are programmed for (good job, security, mortgage etc) actually programming us to be self limiting. We get into a comfort zone. Once I realised that the only limit to my earnings was me, my world changed.

I’ve had several more lessons in my 25 years of sales that would (and has) fill a book, but those are probably the top two.

What was your first experience like with the Teespring platform? When did you know that selling shirts was something you wanted to put a lot of focus into? My first experience was when a co-author told me he made $600 in a week selling a dumb shirt to fans of a country music singer. I thought i’d give it a go and of course failed miserably! I left it alone after two shirts flopped and almost never came back.

What bought me back was the death of my Father. After the funeral I was distraught and whenever I’ve been in that position in the past I had thrown myself into work. I was bored with writing books and couldn’t get my head into a creative mood anyway so i thought what the hell, I’ll give a real go at this t-shirt thing. I put aside £1000 and went for it with conviction. In my first month I cleared $35,000 – the rest (to me) is history.

What are some of your marketing goals for the coming year and beyond? There are 350 million Americans out there and i’d bet 349 million wear t-shirts – my ambition is to sell just one shirt to each of them 🙂

When you look back on your early days of selling tees, is there any key advice you wish someone had given you? Yes, it doesn’t matter how good you think your designs are, the odds are that they are crap. In the beginning we all think that we have this great idea that everyone will want to buy. The reality is that most of your ‘bright ideas’ are probably infringing and the ones that aren’t will probably sell 5 if you are lucky.

The truth is you can only learn this by doing – stop preparing, aksing other people what to do, or any of the other thousand things that people do to ‘get ready’ and just get some shirts listed and some ads running. It’s like driving a car – every driver can explain the mechanics of clutch down, into gear, clutch up and steer – but you don’t know what that really means until you get in the seat and turn the key.

What topics of expertise are you looking forward to getting into at TeeCon Barcelona? Im looking forward to hearing what the Facebook rep has to say, listening to whatever gems Walker has up his sleeve, and seeing Ty Huls get silly around a pool again!

What are you most excited about for TeeCon Barcelona? I’m hoping that someone in the audience will ask a smart question. Not just the usual ‘what’s the best way to run ads’ kinda thing. I want a question from someone that is well thought out with a specific objective. And I’m hoping that the answer I give to questions like that will create an ‘aha’ moment in the room. If that doesn’t happen then I’ll think I failed.

Oh and the beer, yes, the beer. I’m looking forward to that – Spanish beer is wonderful.

Thanks Glyn! For all the readers out there interested in learning more from Glyn live in Barcelona grab your TeeCon ticket HERE and we’ll see you in person this June!