Ken Reil, a Springer since 2015, recently visited Germany where he came across some unexpected inspiration! The Springer spirit is one of constant creativity, and Ken jumped at a unique opportunity to turn part of his history into family memorabilia for next years’ reunion. 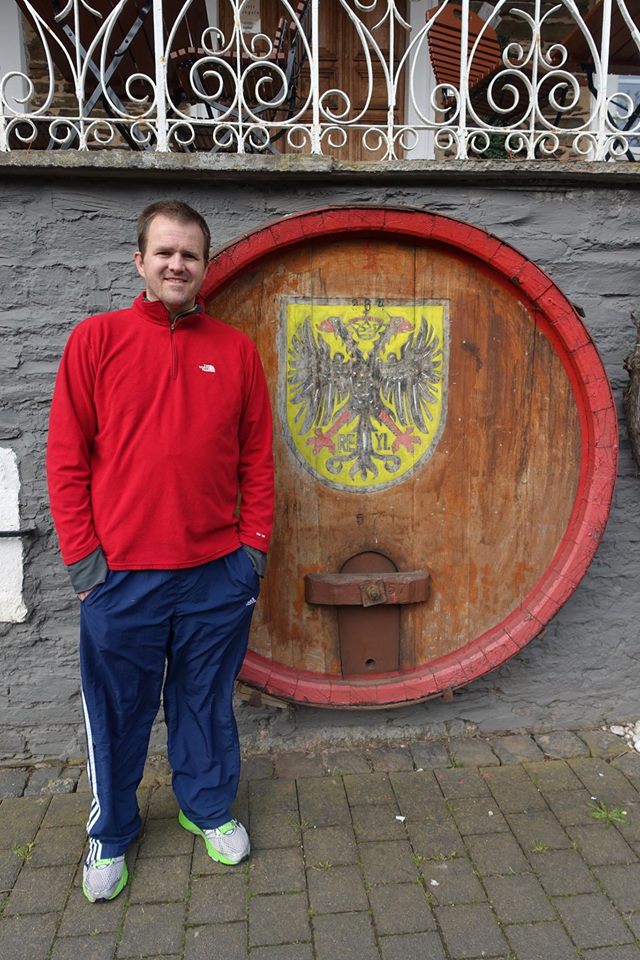 Tell us about yourself! Where are you from? What do you do for work? I’m originally from Alberta, Canada. Live now in Las Vegas, NV. Originally I managed a hazardous waste recycling facility for the oil and gas sector of Alberta. Did that for 14 years. Changed my course in life and bought a sign company in Las Vegas. I focus on decorative window tint.www.solarartgraphics.com to see some work. I work from home and have done this for the last 12 years. I love fly fishing, reading, and model rocketry.

How did you find out about Teespring? What inspired you to launch your first campaign? I actually stumbled upon Teespring doing some supplier searches. The whole concept interested me that you could put up a design and let the internet take it’s course. I have produced apparel for local Las Vegas customers through sub contracted screen printers for a few years. Teespring inspired me to upload some designs and have some fun. I haven’t been able to apply the time I would like to learn Facebook ads but little by little I’m learning. I have sold almost 200 shirts now on Teespring and have plans this summer to hit it harder. It has become a bit of a stress reliever at night. Its my “fun time.”

Tell us a little bit about the idea that led to this design. Is there a story about it? To ask what inspired this idea is close to my heart. Hope you have a minute. This design has been inspired by our family history roots going back to Germany. My grandfather was a young man and listened to Hitler speak live in one of the big gathering before WW2. He said to his brother who was with him, “there is going to be a war.” From that point he was determined to leave Germany. He and a friend packed up what they could carry and boarded a ship to Canada. With only the pack on their backs and no money they were gone. He never returned to Germany or to see his family. He eventually settled in Alberta, Canada. He passed at the age of 99 in 2004. He left a legacy of Reil’s now across Canada and the USA.

My brother and his wife took an anniversary trip across Europe this spring. The focus of the trip was to visit the little town of Edewecht, Germany where my grandfather’s family has lived for centuries. Our family geneology actually is recorded back to 1400 in that town. On their travels they also visited the German town of Reil. http://www.reil-mosel.de/en/ A beautiful town focused on wine production. The town dates back to 1008 AD. Geneology shows Reil family members came from the town at one point. While my brother was touring the town they treated him like royalty after showing his last name. He snapped a photo of the old town crest on a wine barrel and instantly family members were chatting to have that crest redrawn. It is not the family crest but the town crest. For all intensive purposes we are calling it ours. 🙂

I took it upon myself to redraw the design node by node over the course of a number of Dr.Peppers and a long night. I think the result turned out fabulous.We posted on Teespring for family to be able to purchase the crest on apparel. A cousin of mine sent me a happy photo on Facebook of her wearing her new Teespring hoodie. She loves it. I sent the final drawing to the town of Reil’s manager and they were thrilled to update the historic logo. We plan to sell these to a larger group of the Reil family at the next family reunion. They should be a big hit. This has become dear to many of our families hearts and I know my grandfather would be proud.

What excites you about this successful campaign? What are your plans for the future of this design? The success of this campaign is not in the dollars earned. It is preserving a family history. In researching this crest there was almost nothing to be found. A small 100×200 pixel image and the photo my brother snapped. The town actually did not have any digital means of reproduction. When they used it they would have someone hand paint it. I can imagine this crest could very well be lost from history in the digital age. Preserving the crest and having the family cherish it is what made this successful. Plans for the future of the design is to have it readily available to any family member to access. I have even had three other families approach me now to “redo their crest.” This could be it’s own little niche. The work is redrawing the crests.
Tweet
&description=Springer+spotlight%3A+Ken+Reil" data-pin-do="buttonPin" data-pin-config="none" data-pin-color="red">