Retail event: Halloween in the UK!

Heads up, Teespring Creators! Halloween is the third largest retail event in the UK, just behind Christmas and Easter! In 2015, Brits spent over £300 million on Halloween merch – this year be sure to grab your piece of the pumpkin pie! Read on to discover our guide to selling scary big in the UK this year for Halloween.

UK based searches about Halloween continue to grow annually

Celebrations in the UK are similar to Halloween traditions in the US; Brits also dress up in costumes, attend parties, watch horror films and go trick or treating. The tradition of Halloween stems from an old pagan feast wherein people believed ghosts and spirits would come out to haunt the living…so people would leave treats to satisfy the spirits or dress up as one themselves! Therefore, the holiday now consists of children dressing up in spooky costumes, going door to door to collect treats in the form of candy. Common spooky symbols of Halloween include pumpkins, bats, ghosts and spiders. 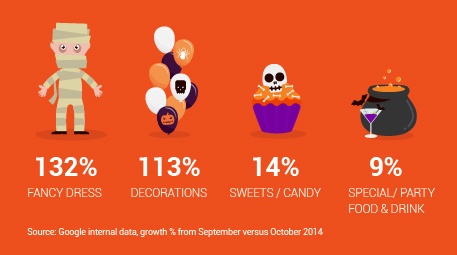 Check out the numbers above from September 2015 vs October 2014; Teespring Creators should note that Google reported  popular “fancy dress” (i.e. costumes) searches in the UK included keywords like ‘ideas’, ‘cheap’ ‘kids’ and ‘easy’. This is what potential buyers are interested in! 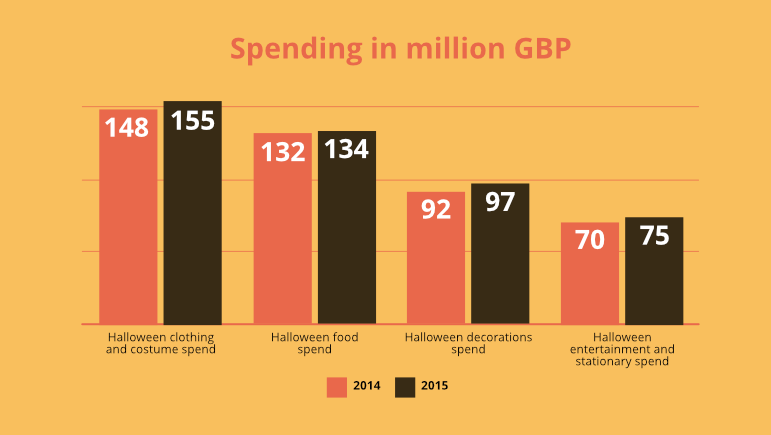 What were the top European buyers last Halloween?

Last year the United Kingdom, Germany, France, Italy, Sweden, Netherlands, Norway and Switzerland were the top Halloween buying countries in the EU; Canada and Australia were also high up on this list for Teespring EU fulfillment (even though they aren’t located in Europe). Don’t forget campaign cutoff dates for the UK is October 11th and October 3rd for EU destinations.

Below are some useful translations if you’re planning to target buyers in European countries this Halloween. 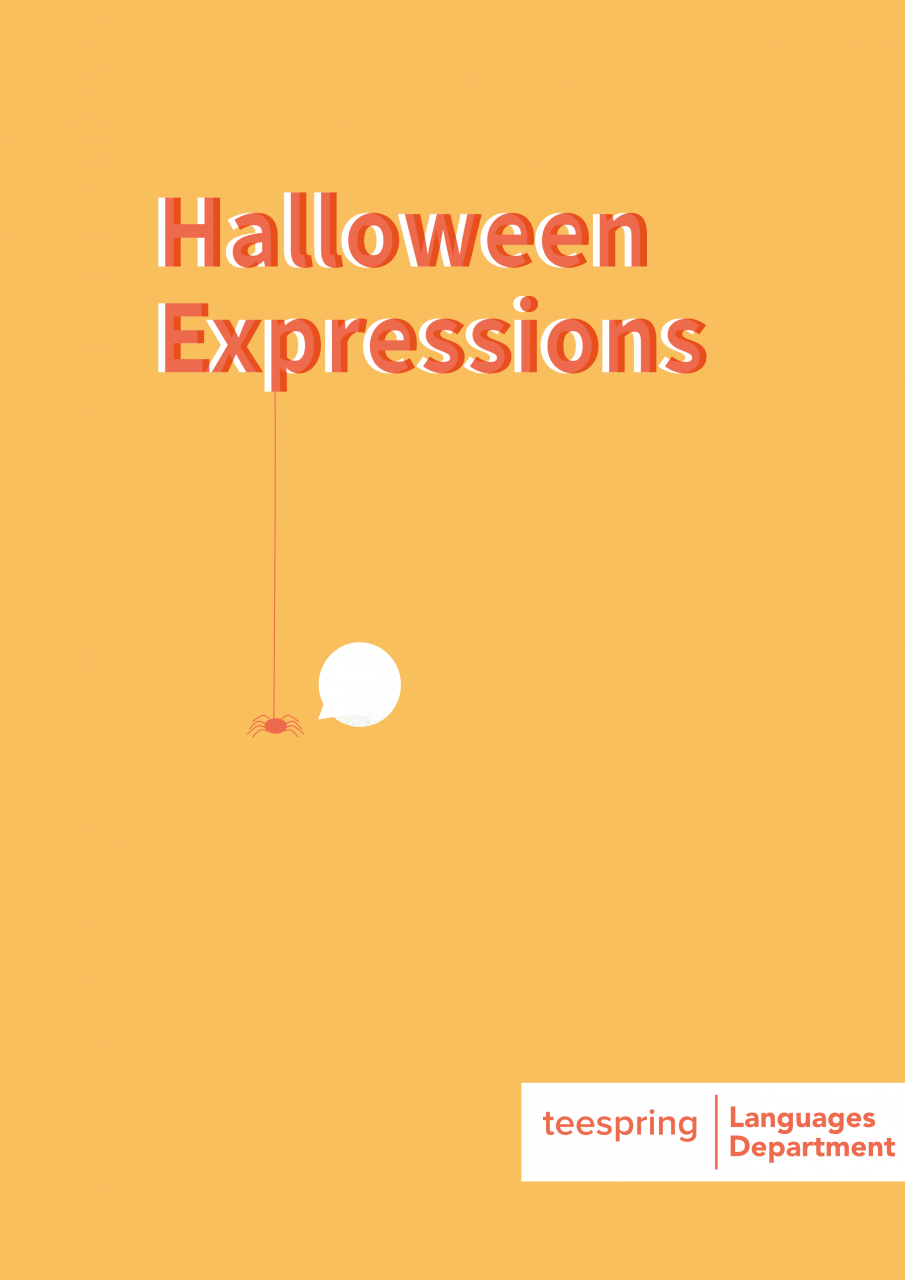