The next few months will be the most profitable of 2016! Teespring Creators should start planning ahead to take advantage of the growing surge of sales headed your way. So what events should you pay special attention to this November? 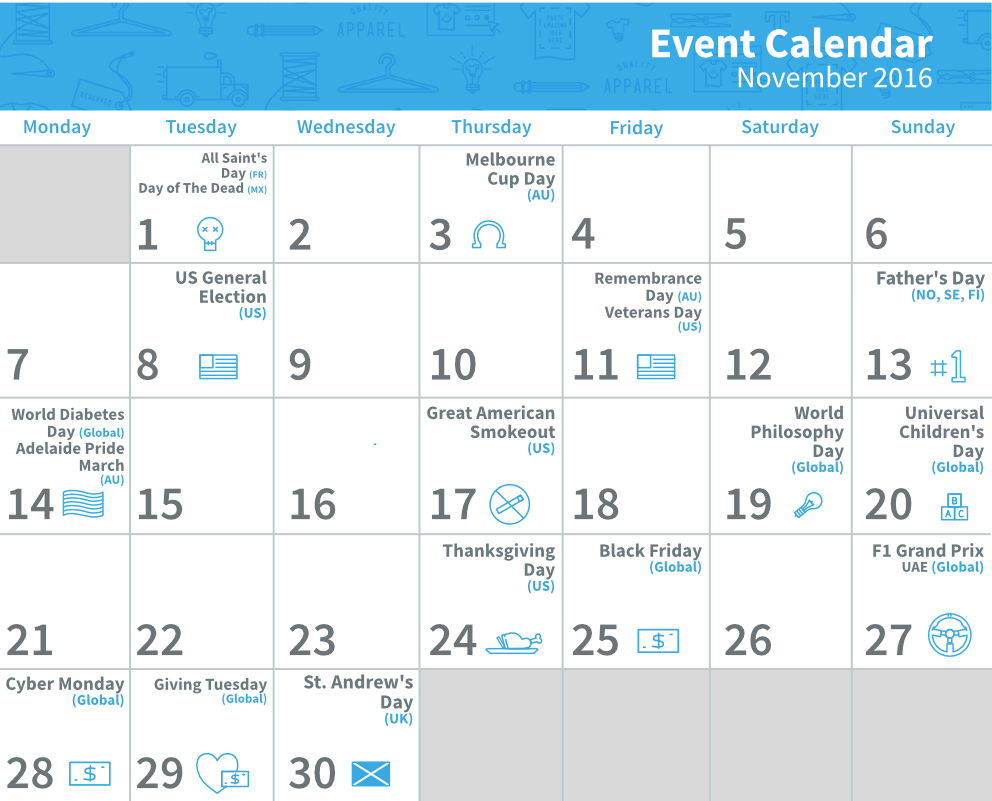 Hillary vs. Trump – 2016 Election: This is going to be a trending topic from now until election day! Expect tons of buzz on social media and passionate people wanting to show support for their preferred candidate during election day. We’d suggest launching campaigns now with this event in mind and piggy back on the buzz for organic shares and sells! Submit your designs here to get featured on the homepage. 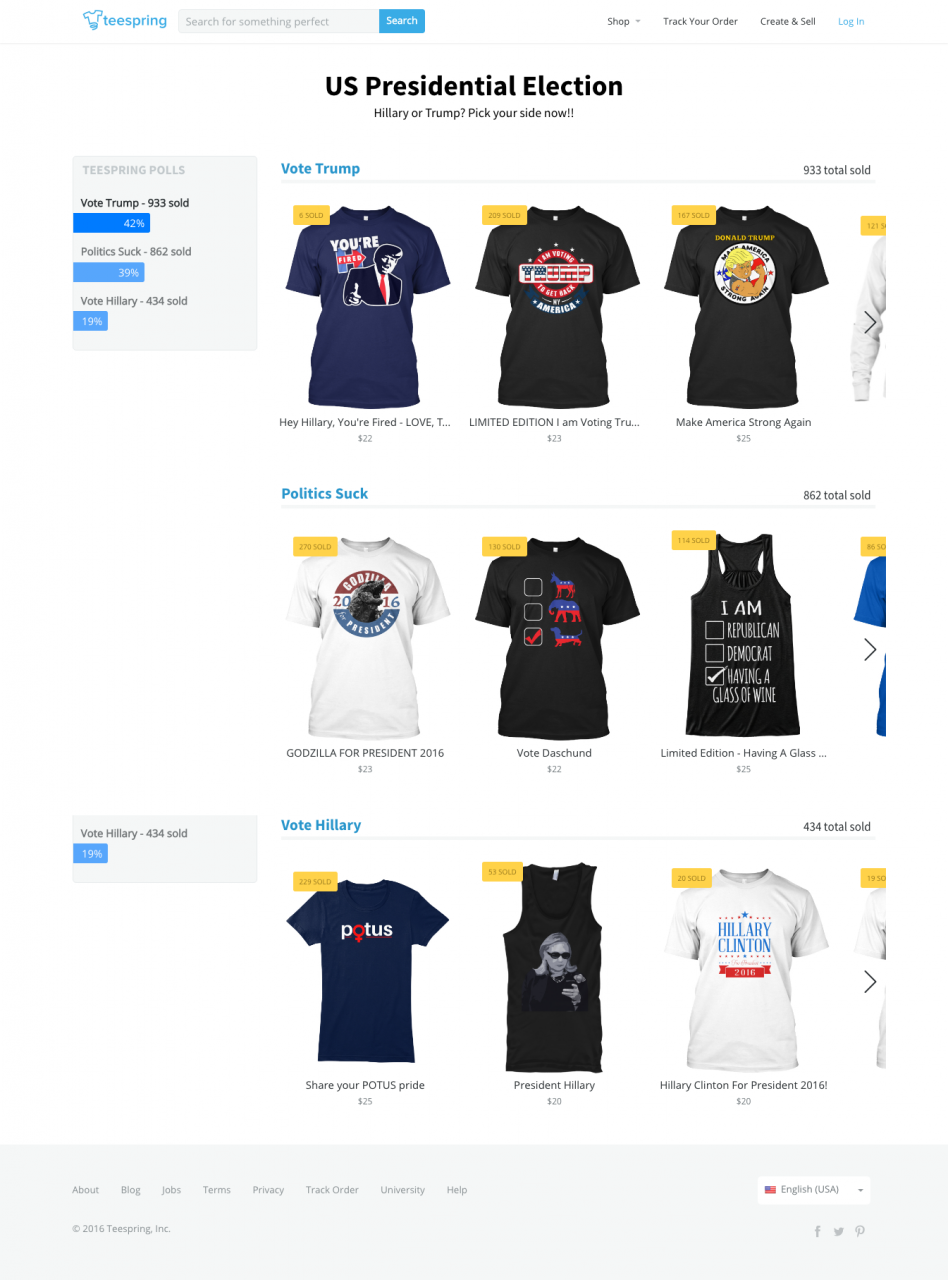 Veterans Day (US): Veterans Day honors living US military veterans from the United States Armed Forces. Please be conscious of copyright and trademark laws surrounding America’s armed forces when creating designs; for example, no design can feature official military branch logos, do not include the words (or variations of) “marine” or “coast guard”. Also avoid using “US” before any branch of the military in your design – for example you cannot have a design featuring the text US Army Veteran…but you can have a design featuring Army Veteran. The best military themed designs focus on the word “veteran” and incorporate messages about brotherhood, sacrifice, honor, etc. If you plan to launch a veteran themed campaign consider donating a portion of the profits to a related charity.

Remembrance Day (UK, Canada, Australia): Remembrance Day has been observed by the Commonwealth of Nations member states since the end of WWI. This day, also known as Poppy Day, honors the armed forces who have died in the line of duty; notable buyer markets that observe Remembrance Day include the UK (Nov. 13), Canada (Nov.11), and Australia (Nov.11). Teespring Creators designing for US military niches should consider adapting their designs for other global markets given the similarities between these niches. 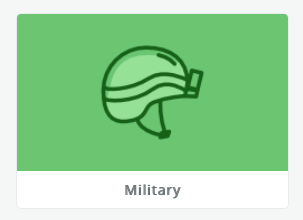 Military is such a popular niche there are dedicated categories for EU and US buyers.

Black Friday (Global): Traditionally an American event, the Black Friday craze has crossed the pond and is now a significant shopping event in Europe as well. Black Friday takes place the day after Thanksgiving and officially kicks off the holiday shopping season in the US. Things can get pretty ugly with such competitive prices, shoppers have been known to get into physical altercations over products in stores. It’s no surprise, for this reason a lot of Americans have started doing their Black Friday shopping online!

According to 2015 reports, British consumers actually spent more than three times as much online during Black Friday than their US counterparts – so what does this mean for Teespring Creators? Keep Europe and especially the UK in mind as you brainstorm your Black Friday sales and campaigns!

Cyber Monday (Global): The monday after Thanksgiving is known as “Cyber Monday” and it is one of the biggest online shopping days of the year in the U.S. The average American spent $124 online on this day in 2015 and purchases made on Mobile devices increased by 21% compared to 2014, but Americans aren’t the only ones getting in on the online action! Companies located in the UK, Australia, Germany, France and the Netherlands reported mindblowing spikes in online sales during Cyber Monday 2015.

During these Holidays, there is a seasonal spike in online traffic towards teespring.com. To maximize your themed campaign’s success, opt-in to the Teespring Marketplace in your account settings!