How to raise $400K for charity: the power of a t-shirt 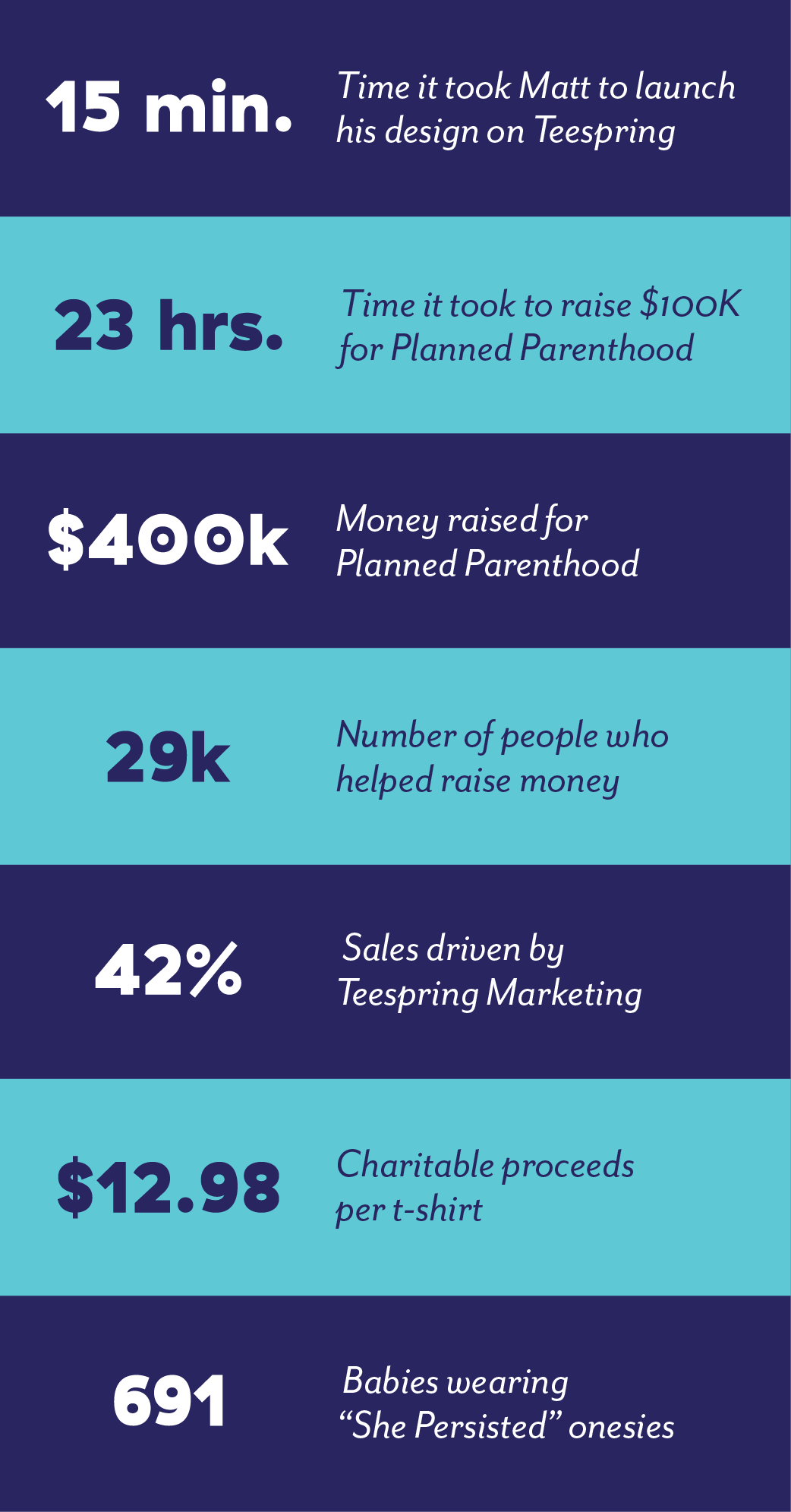 Matt Rudinski is a freelance designer and animator from Brooklyn. While he’d describe himself as a regular guy, his Teespring story is anything but. This is the extraordinary story of how a t-shirt Matt launched on Teespring brought together 29,177 people to raise $398,815 (and counting) for Planned Parenthood in just 10 days.

It all began with Matt’s reaction to Senator Mitch McConnell’s statement: “She was warned. She was given an explanation. Nevertheless, she persisted.” After seeing a lot of poorly designed shirts with the slogan, he designed his own—and chose to donate 100% of the proceeds to Planned Parenthood. 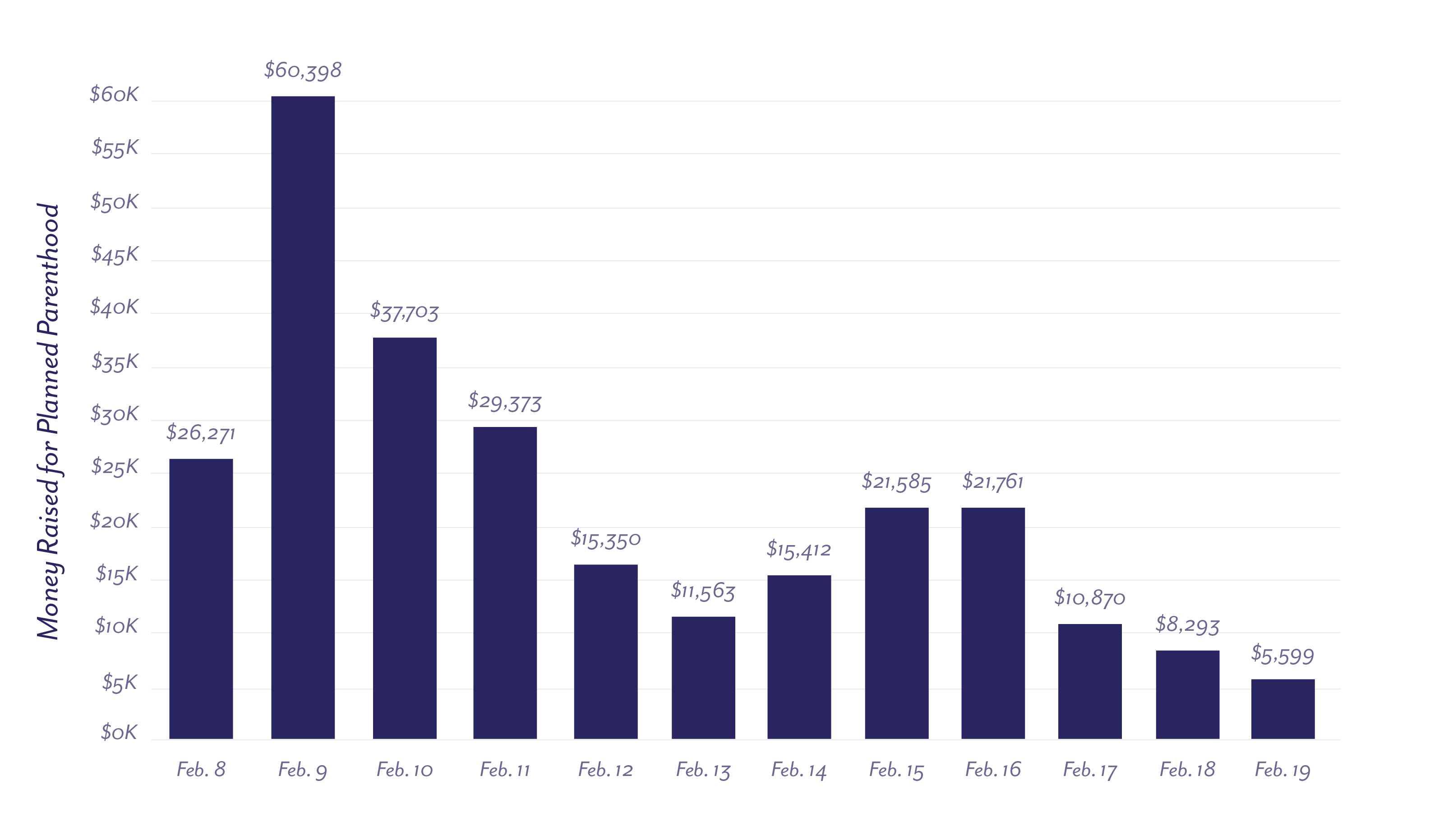 In this era of connectivity, it’s especially easy to complain on social media without actually doing anything about it. But it’s also easy to act, and Matt’s story, which has been covered in TIME, People Magazine, and HelloGiggles, shows that activism can be as easy as creating a t-shirt (Matt: “I really don’t feel like I did that much. Essentially, I just put some words on a shirt. I guess I would emphasize that there are a lot of people out there—what seems like 75% of Brooklyn—that could put words on a shirt and donate part or all of the profit to charity. Hopefully it’ll catch on.”) A t-shirt can serve as a rallying cry, a vehicle to raise money, a creative outlet, and a source of income.

Start your own campaign

Matt’s idea gained initial traction from his personal network and on Facebook and Twitter, and Teespring rose to the challenge to help Matt accomplish his goal. We’re the foremost platform for fundraising, thanks to: 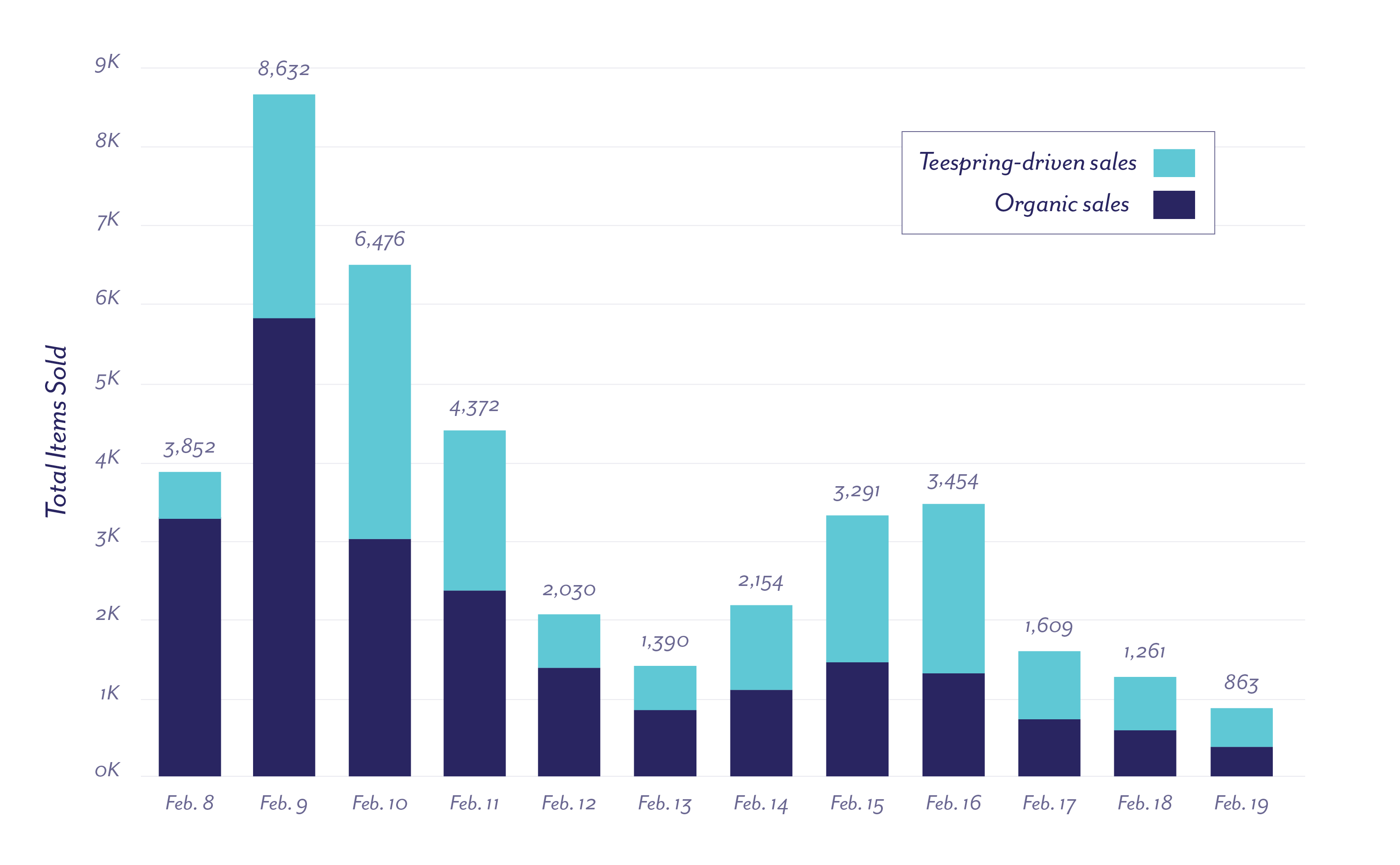 T-shirts are also a means of self-expression. It says to passers-by and friends, I care about this issue. You are not alone. Actor Evan Handler wore Matt’s shirt on the Today Show to promote an upcoming TV show and received the following reaction on Twitter:

EVAN HANDLER IS ON KATHIE LEE AND HE HAS A "Nevertheless, She Persisted" SHIRT ON YAAAAAASSSSSSS @EvanHandler @womensmarch @SenWarren

So, a t-shirt is not just a t-shirt. It can be art. It can spur activism. It can even bring together a community.

As Matt told us, “I’ve gotten a couple emails that share specific stories as to why this shirt means so much to them. In one, a young teacher told me about how she was constantly thrown sexist comments by her coworkers, peers, and students. She said that she was thankful for this campaign, that it gave her hope, and that she was grateful for me. That knocked the wind out of me. The fact that I, with a simple shirt design, could help this young teacher through her day—or could help the millions of people that depend on Planned Parenthood’s services—goes beyond words.”