“COFFEE LOVER. GRAPHIC DESIGNER. DEFINITELY NOT A WOLF PRETENDING TO BE A MAN”

That’s the Twitter bio of @SICKOFWOLVES, otherwise known as stand-up comic Dan Sheehan. Dan has been tweeting wolf-related funnies since 2013 and has been selling merch on Teespring for just over a year. Dan’s jokes, written from the point of view of a wolf pretending to be a human, cover everything from pop culture to politics and, of course, the problems surrounding being a wolf in the human world.

“I mostly tweeted for the enjoyment of me and a couple friends. It was basically an inside joke until 2015 when it suddenly blew up to a few thousand people. The growth since then has been pretty explosive and surprising!”

Dan soon gained a following of over 100,000 people and knew that it was time to both capitalise and share the @SICKOFWOLVES love.

Dan turned to a local supplier in his town of Chicago – before realising the pitfalls of managing your own merchandise. He was having to pick and ship each item individually and by hand. Extensively costing him both time and money. So, Dan turned to the internet (hoorah!) and found Teespring! (double hoorah!)

“Teespring had a good profit margins, lots of product choice, and a nice layout”

A graphic designer and ABSOLUTELY NOT A WOLF by night, Dan launched his first designs to the delight of his online audience in the form of the ‘Fine Human Clothing’ shop!

THESE WELL DRESSED PEOPLE ARE AVAILABLE ON SHIRTS, HOODIES, TOTES, AND MUGS

Through using Teespring Analytics, Dan could see which designs were the highest performers and tailor his next release to align with the fan favourites. But which design is his own favourite?

And Dan is not alone. The ‘NOT BLOOD’ mug has been his top seller and he receives selfies of people drinking *ahem* NOT blood, from all over the world. 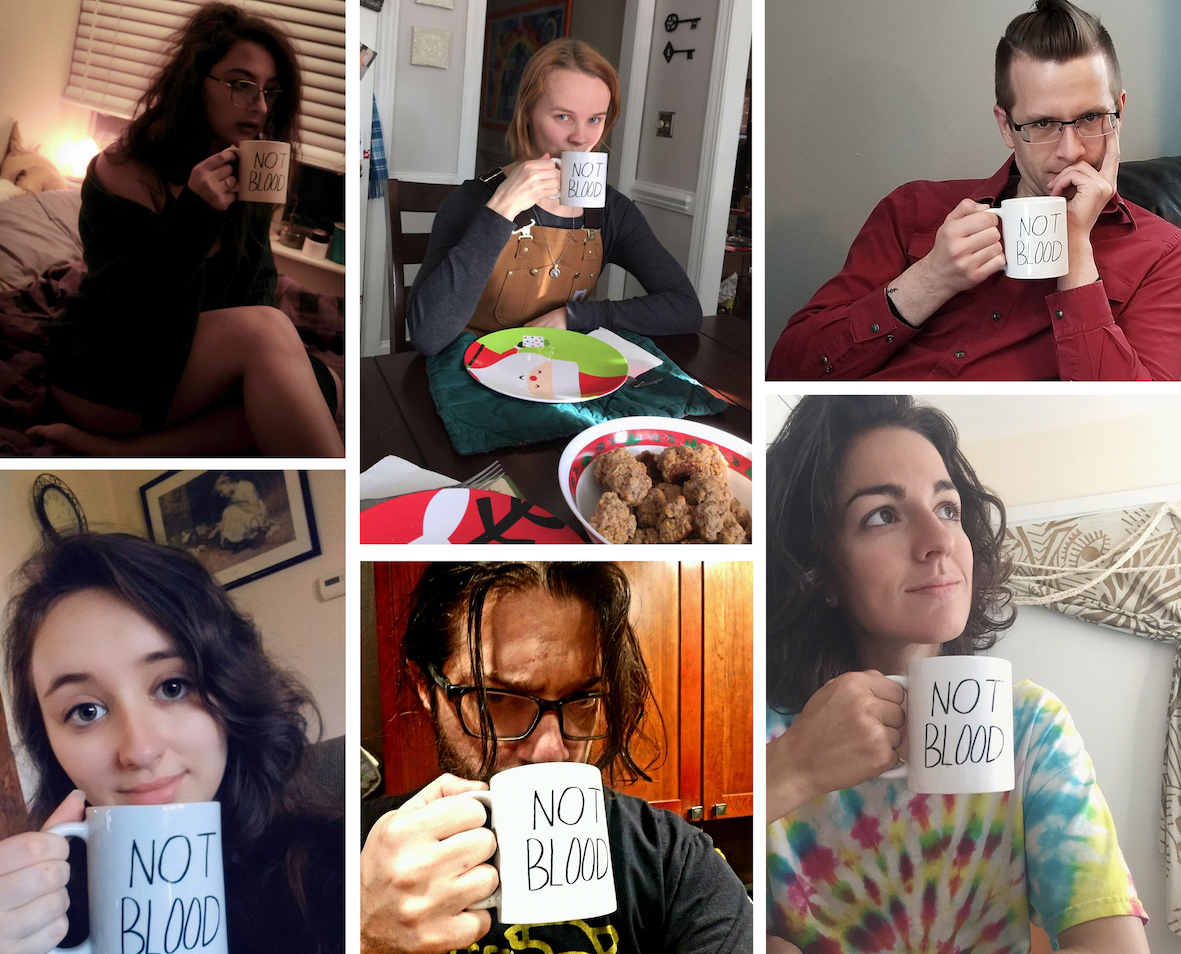 Fans from around the world with the ‘NOT BLOOD’ mug

After being branded by the internet as part of a community called; ‘Weird Twitter’, Dan was recently nominated and attended the ‘Best of Weird’ at the Shortys Awards. Honoring the best content creators and producers on social media, the ceremony in New York was livestreamed across the world.

But not all popular Twitter accounts gain such great success selling merchandise, especially as the stars appear to rise and fall constantly on the ever-evolving platform. So what advice does Dan have for other social media influencers looking to capitalise on their audience’s loyalty and growth?

“Make your first priority the quality of your work. If the account wasn’t funny, no one would want to buy the shirts I sell. It took me a long time to figure out the voice I wanted to use and the type of jokes I wanted to make and I think the work I put in on that aspect of the account day to day is a big part of why the merch sells”

So, what’s next for Dan? Well, he has just finished a book proposal related to the breakout twitter account character of the wolf…watch this space! 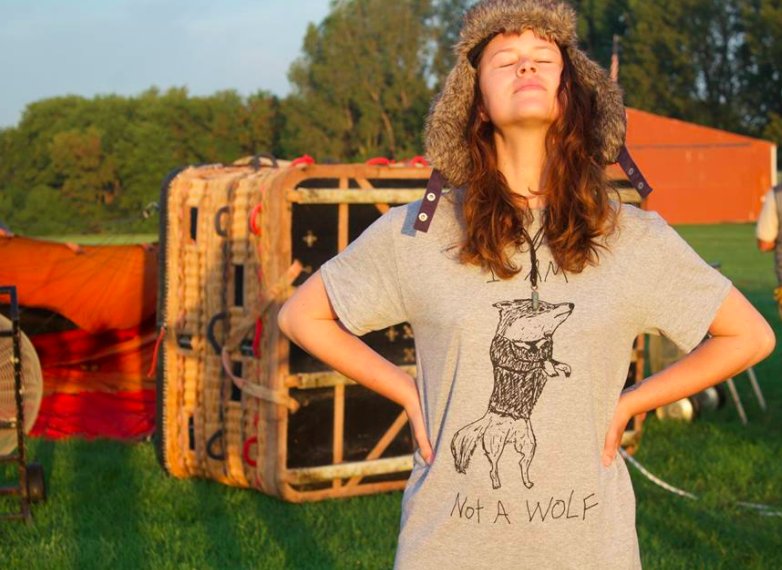 Check out our jam-packed Creator Guide for more tips and tricks for launching a merch store. Or check out the blog for insights into successful creators merch lines. ????

Are we friends yet?

Be sure to use the hashtag #TeespringFeatured for a chance to be featured on our social media channels!