7 steps to successful selling with Teespring 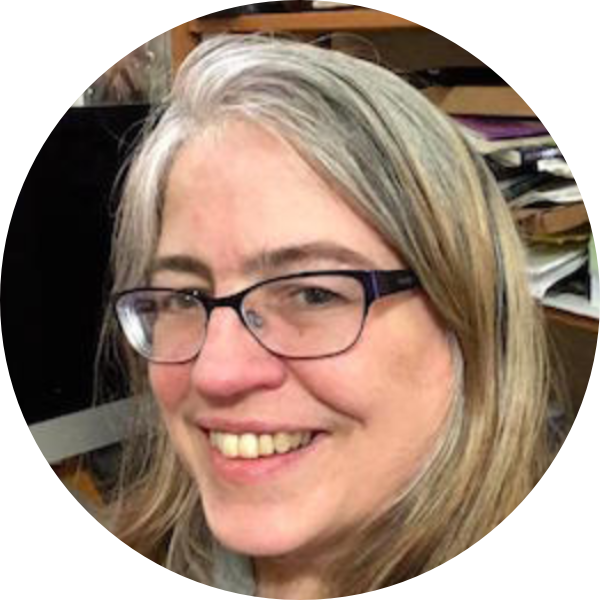 However, for free and gratis, here’s how to make money online by selling t-shirts.

1. Design a shirt that people want to buy

Look at news stories about shirts that sell, shirts you see people wearing, shirts you see in shops. Do not copy any of these shirts, but think about what works in terms of design, ideas, structure. Find a hobby, ideally one of your hobbies, that has few available shirts. Hint: look for hobbies where all the shirts say “I’d rather be pigeon-fancying” or “Keep calm and carry on pigeon-fancying” or “I’m a girl who loves pigeons” or anything else where you could put any hobby at all on the shirt. Now design a shirt with a slogan that’s relevant to that hobby. “I love pigeons — coz there’s no place like home”. That sort of thing. Check that your idea’s not been used already, and check it doesn’t violate anyone’s intellectual property. If you’re new to design, use online tutorials t work out how to make your shirt look good. Use the GIMP and Inkscape if you can’t afford paid design programs. Make your design as good as you can, but don’t make it too complex, and don’t spend days on it unless you’re learning how to use the software. Consider paying for designs; I personally don’t but lots of people do.

Set your shirt up on Teespring or another t-shirt fulfillment site; use their tools to make sure that the preview/mock-up image is as good as possible. I use Teespring because I like the quality of the shirts, the company is responsive to sellers, and the customer service is generally good. They also pay quickly which matters, especially once you’re scaling.

3. Market your shirt for nothing

Find out where the pigeon-fanciers hang out. Forums, Facebook groups, mailing lists. Check the terms of those groups very carefully; if they allow you to post pigeon-fancying commercial messages then post, just once, politely, with a link to your shirt. If they don’t, then message the moderators, or post saying “is it ok to do this” — because most groups that don’t have many good shirts already are quite happy for you to post about your shirt.

With luck, a couple of pigeon-fanciers will buy your shirt. If they don’t, see if they give you feedback about your shirt; act on it. If there are lots of likes but no sales, ask why they’re not buying. “It’s funny but I wouldn’t wear it” is a problem; ask what they’re after. If it’s “the shirt costs too much” then start again from the top with a hobby that costs more to take part in. Design issues, or it being a t-shirt when they’re after a hoodie, or slight changes to wording, fix, relaunch, follow up. Pay special attention to people who say things like “I really need a shirt saying…” — if you make that shirt then that person will probably buy it unless it’s crap, and other people might like it too.

Once you’ve got a couple of sales, set an ad up on Facebook for $5 a day, aimed at approximately the readers of Pigeon Fancier magazine. Search for videos on YouTube about using audience insights to find the really keen pigeon-fanciers who will spend money on their hobby. Look at Teespring’s Training Center, and Teespring’s videos on YouTube to learn about using paid ads effectively. (The videos from Teecon Barcelona are particularly excellent). Run your ads off a Pigeon Fancying Facebook Page. Pick a good name for it, like “We All Fancy Pigeons.” Make it look real; post real pigeon-fancying photos and content as well as shirt ads. (This is another good reason to start with a hobby you’re in). Once you have a profitable ad, scale up (spend more money on that ad) and scale out (design similar ads, and shirts for very similar niches, canary-fanciers say). Watch your return on investment very carefully; you’re aiming for at least 100%, so every $10 spent earns you $20 in sales. This is by far the hardest part, and there’s lots of free advice out there on how to do it. You now need to spend time, probably a week full time, learning this part of the trade.

But if you’re a newbie, here’s the thing: Do not spend a single penny on ads until you have already sold one shirt to a person who you aren’t related to. I keep seeing people saying ‘you have to spend money to make money’ and spending hundreds of dollars ‘testing’ very poor designs. If you can’t sell one shirt to a mad keen person using free methods, it’s unlikely to ever be a profitable shirt. I have a rule that I (almost) never spend more on ads than 50% of my previous day’s shirt sales. As I don’t pay for designs, this means that my business bootstrapped with zero overheads. (I do subscribe to Adobe CC and a couple of other relevant bits of software, and I buy software and fonts out of profits when I need to).

Lots more products. I try to launch at least one a day, many people launch more than that. I watched an interview with Derek Pankaew, who said that nine out of ten shirts lose money (though not for me, see ‘no overheads’), nine out of ten of the rest make a little money, and one in a hundred makes thousands of dollars. When I got to 1000 shirts, Teespring said ‘you’ve launched 460 campaigns’. I think that must include relaunches, but still, I have many, many active campaigns, and most of them just sell a shirt or two, or none. But plenty sell twenty shirts, and a few sell a hundred shirts or more.

“Do not spend more than an hour designing a shirt” — I got this from Keegan Rush, who’s a Teespring millionaire. I break it all the time, because I design the shirts I want to design regardless of how long they take. But two of my top five shirts took less than an hour to design, and the next 20 are split 50/50 between shirts I’ve laboured for hours over and shirts I’ve knocked up in a few minutes. There’s a lesson here. 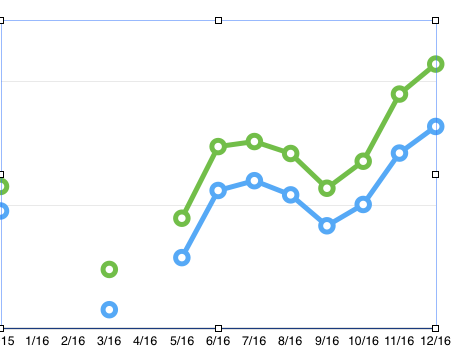 This is a graph of my 2016 sales numbers (blue) and gross profits pre-ad-spend (green); net profits are about half as much. The y axis is logarithmic; as these graphs are reasonably linear, it supports the theory that you can scale exponentially until you hit the limits of the platform you’re selling on.

Finally, Ira Glass’s famous quote on creativity. “Nobody tells this to people who are beginners, I wish someone told me. All of us who do creative work, we get into it because we have good taste. But there is this gap. For the first couple years you make stuff, it’s just not that good. It’s trying to be good, it has potential, but it’s not. But your taste, the thing that got you into the game, is still killer. And your taste is why your work disappoints you. A lot of people never get past this phase, they quit. Most people I know who do interesting, creative work went through years of this. We know our work doesn’t have this special thing that we want it to have. We all go through this. And if you are just starting out or you are still in this phase, you gotta know its normal and the most important thing you can do is do a lot of work. Put yourself on a deadline so that every week you will finish one story. It is only by going through a volume of work that you will close that gap, and your work will be as good as your ambitions. And I took longer to figure out how to do this than anyone I’ve ever met. It’s gonna take awhile. It’s normal to take awhile. You’ve just gotta fight your way through.”

This article was originally published by Teespring seller Alison Scott on medium.com under the title “I started an online t-shirt business…and all I got was this lousy t-shirt”.

156 responses to “7 steps to successful selling with Teespring”